I got up early this morning and could see the sun rising up in the distance from my kitchen window as I was making coffee. 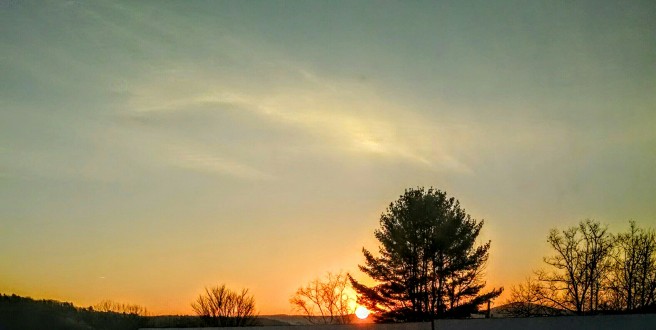 Frosty, cold morning.  I looked out at my car and it looked like an ice cube and frozen with frost all over it.  To try and stay fit and healthy, I did my one mile walk with weights from a DVD that I have.  Then I made oatmeal and had a nice breakfast.

Tomorrow is supposed to be freezing rain in the morning and then Sunday it’s rain with high winds.  So I stocked up on some food so that I wouldn’t have to go out over the weekend if I didn’t want to.

I like the Food Co-op as they have really nice stuff there and it’s all organic.  I got some kale and some parsley.  I made a really good kale salad today with bacon that was like chopped up, sauteed onions and mushrooms that were simmered in Chardonay wine and a balsamic dressing that I mixed up in a mason jar.  Soooo good.  I’m going to use the rest of the kale in a soup tomorrow.  Love it. 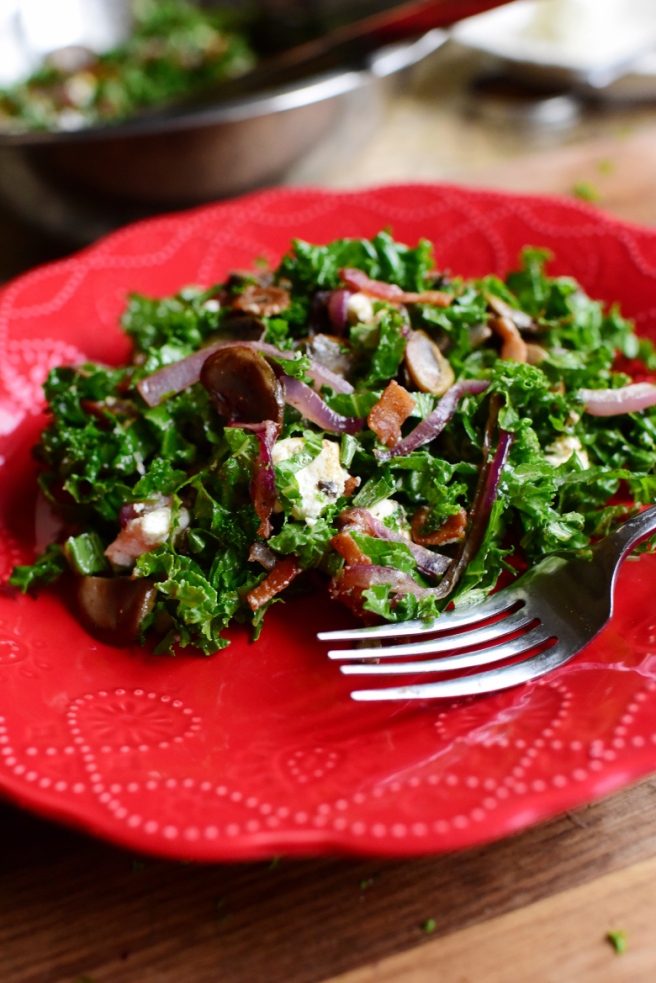 Then on Fridays they have fresh fish at the local grocery store.  I got some cod and baked it with lemon and butter.  It was really good.

To make my day, my son called and told me that he really liked the 2 gifts that I gave him for his birthday this week.  And on facebook, a person that I really admired and had unfriended by mistake became my friend again.  So that added to making a nice day.  It meant a lot to me.