I really like the Farmhouse style and I like Gracie Blue’s ideas.  She made that chalkboard from an antique mantle.  She used lime wax, white paint, grey paint and then distressed it.  I love how it came out. 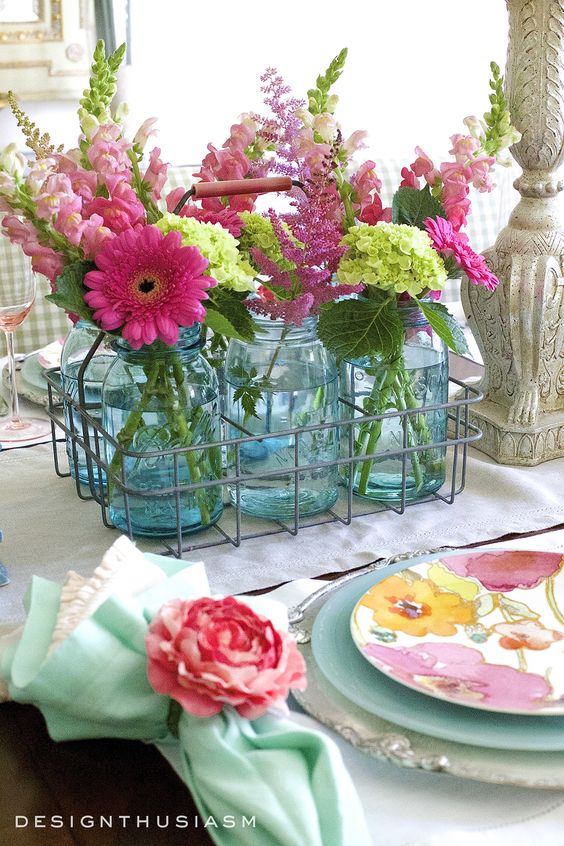 I also like the idea of colorful flowers in those blue mason jars.

I used to like how Sandra Lee made all kinds of tablescapes.  I saw the above tablescape with white flowers and white candles in a wood box and I liked the looks of it.

Because I like all things French, I love Jacque Pepin’s new dish collection that is at Sur la table.  Love the mugs and the salt and pepper shakers.

I love the little chicken mug.  So cute. 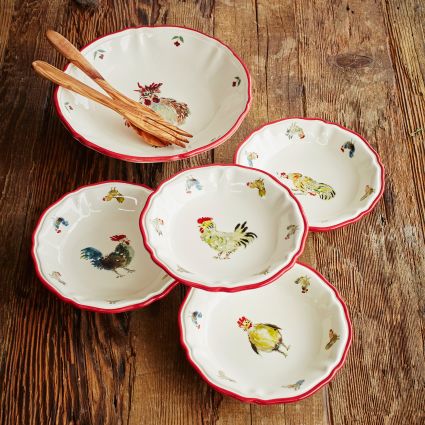 And then the pasta bowls that Jacque designed.  On August 11 at Sur la table stores, you can enter for a chance to win a whole set of Jacque Pepin dishes.  There is a Sur la table store at the Burlington Mall and I’m thinking of making the trip.  Not that I ever win at stuff like that, but I’d like to see that store anyways.  It must be the University Mall in Burlington.  I used to walk down to that mall every day when I was going to school in Burlington.

And then Sur la table has a Jacque Pepin cooking class for “Easy French at Home”.  I found the recipe for the above Corn Souffle on the web which is Jacque’s recipe.  I pinned the recipe on my Jacque Pepin recipes board on my Pinterest.

The Sur la table recipe class also had Jacque’s  Grilled Red Snapper with olive topping and I found that recipe and pinned in on Jacque’s recipes on my Pinterest.

Then they had Jacque’s Peach Marty which is baked peaches with brown sugar and butter.  I found that recipe and pinned it also. 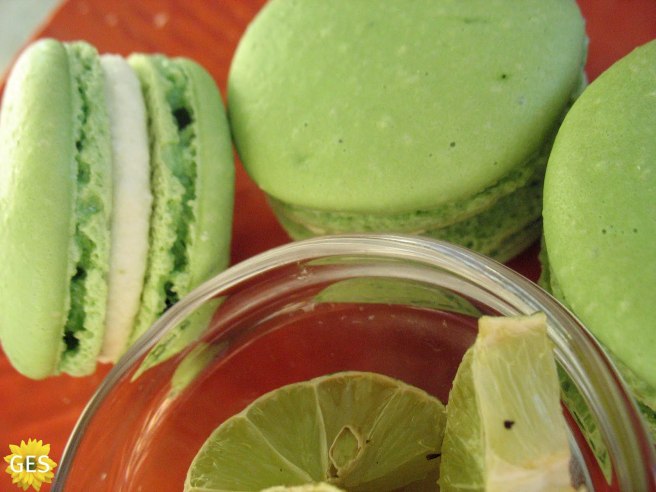 Sur la table also had a cooking class for grilling seafood like a pro.  I found a recipe for Cedar Plank Salmon that they had for that class.  Sounds good to me. 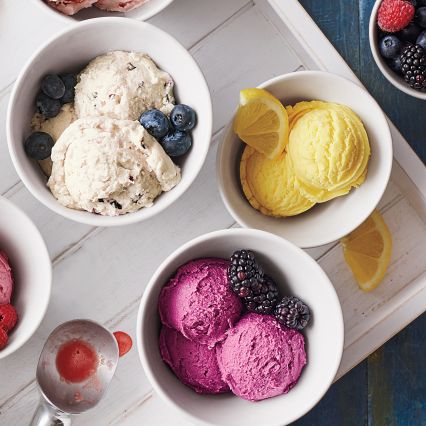 Then Sur la table had a cooking class for Extraordinary Ice Cream.  They had Lemon Mascarpone Gelato and Blackberry Swirl Frozen Yogurt.  Yum!

Then one of the cooking classes had Lemon Coconut Yogurt cake with fresh berries.  I found a recipe and printed it out for the cake.  I would put raspberries and a little whip cream with it.

I just love all the fun stuff that you can find on the net.  Any interest that you have, it’s always there.