I love the looks of the above house.  It is typical New England with the wrap around porch and the wooden rocking chairs.  Plus the fireplace.  I love how they put pumpkins on the porch and the Fall wreath on the door.  So beautiful in the Fall.

My cousin lives in Eden, Vermont and the above lake is near her house.  I love how the Fall colored leaves reflect in the water. 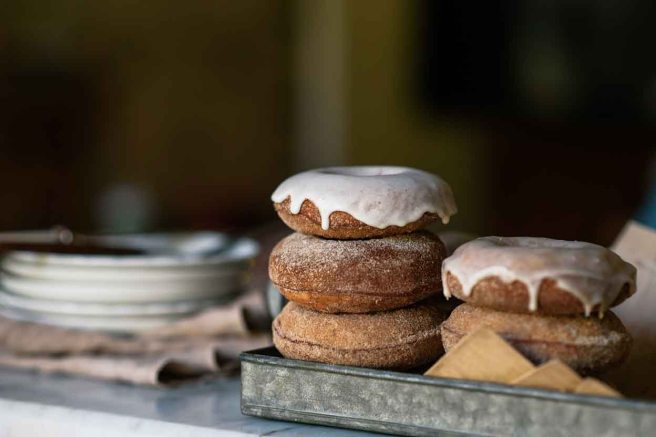 This weekend is the last weekend that a local apple orchard has apple cider donuts that they make while you wait in line.  They are so fresh and so good that we always have to get some at least once in the Fall.  The above is baked apple cider donuts that you can make with a King Arthur Flour recipe that has a maple glaze.  Instead of frying the donuts like they do at the apple orchard, they use a special donut pan that you just bake the donuts.  I always wanted to try it. 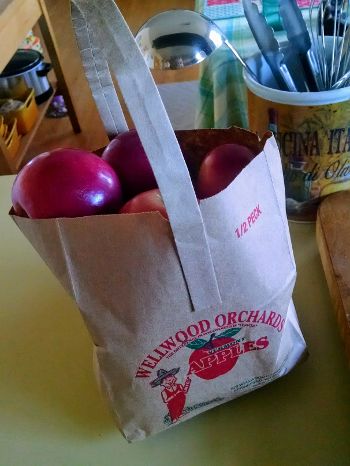 I got some apples at the local orchard a few weeks ago.   So very good. 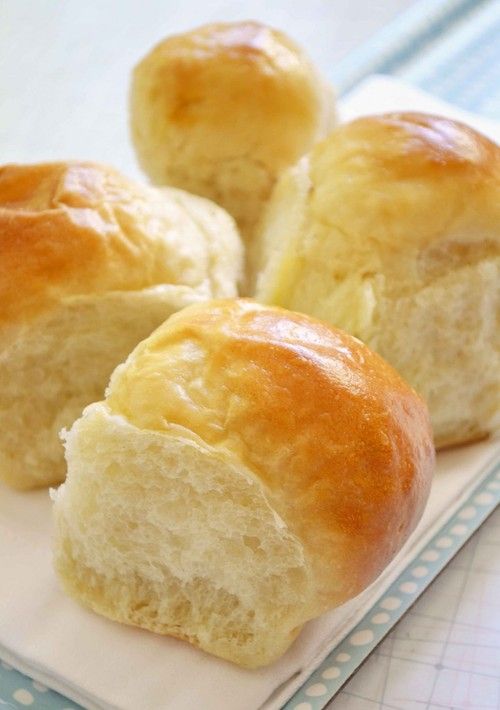 With Thanksgiving just around the corner, I saw a really neat recipe for yeast rolls that was super easy.  The recipe just called for 1 package of yeast, 3/4 cup warm water, 2 1/2 cups of Bisquick, 1 TBsp sugar and 1/4 cup of melted butter.  They preheated the oven to 400 degrees.  Then just disolve yeast in water.  Put Bisquick,. sugar and yeast in a large bowl and mix well.  Then flour your work surface, turn dough out and knead for 12-15 minutes.  Shape into rolls and place in a greased pan.  Cover with a damp towel and let rise 1 hour.  Brush with melted butter and bake 12-15 minutes.   Add more melted butter.

Sounds good to me.

I saw the above Marth Stewart idea on a Thanksgiving table setting.  The only thing I like is the orange napkins and the burlap placemats. 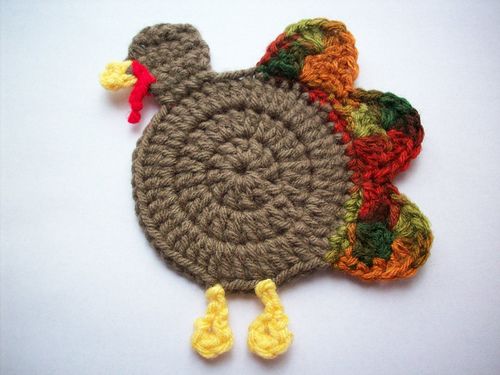 The above little crocheted turkeys are so cute for a coaster for the Thanksgiving table.  I have the directions in how they are made in my Thanksgiving ideas board on my Pinterest.

Another idea that is very impressive and really easy to make is the above Pumpkin Trifle.   It has crunched gingersnap cookies for one of the layers.  I have the recipe in my Thanksgiving ideas board.  Where I used to work, they have a pot luck every year where everyone brings something in and the company provided the roast turkey.  One of my friends there brought in the above pumpkin trifle one year.  I love the trifle bowl.

I saw the above table at a local furniture store and I just loved it.  It’s kind of farmhouse style and it had an antique finish on the wood.  I would have bought it in a New York second if I could have.  It would have been the ultimate to have for Thanksgiving.  I have a Nantucket style table but not enough chairs for the family.   That bench would have been so awesome for the little grandsons.  I would have gotten 6 chairs, 2 on each side and one on each end and then used the bench at the kids table for Thanksgiving and then had enough chairs for being able to invite the family for dinners year round.  That is dream stuff.

We have a new Hobby Lobby near where I live and they have everything to make the above kid’s table.  I love the table runner and the orange and blue theme.  The sail boat is a little much.  I think one sail on the boat would do.  I love the turkey place card idea.  I like the white pumpkins but the candy on the dish is a little much. 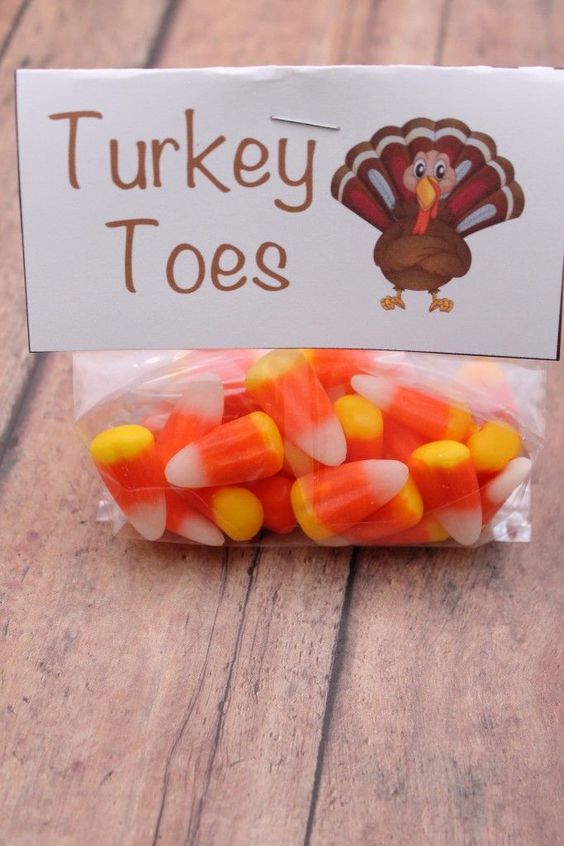 I like the above cute container for crayons that the grandkids could have to color with and maybe they could color in the turkey on the label on the “turkey toes”.   A lot of cute ideas out there.

Right now it’s football time.  My middle and older grandsons play football.  I have watched a few games and it’s amazing how they play as a team.  My daughter in law has a daycare in her home and a lot of my grandson’s team-mates were in her day care at one time.  They protect the quarterback and he gets to throw the ball and they have one guy that gets free and makes touchdowns.  They are now in the state finals as one of the best teams in the state.  So proud of them!  My middle grandson plays peewee football and he is the captain of his team and they won the championship.  The older grandson is also one of three captains of his team. 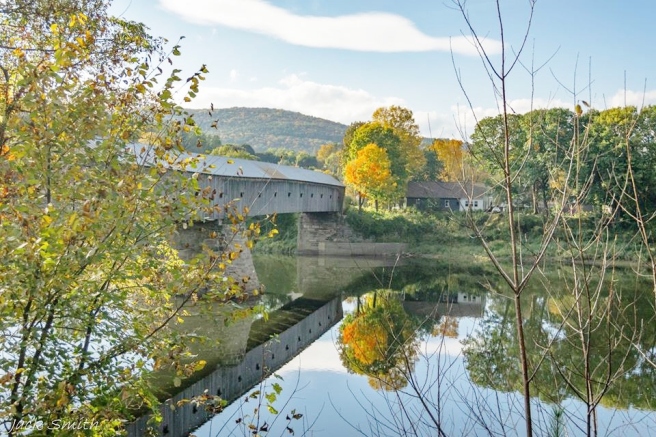 I love to to the old Rt 5 to Windsor and across the beautiful Windsor/Cornish bridge that goes across the Connecticut river from Vermont to New Hampshire.  It’s beautiful in the Fall or any time of the year.  What is really fun for me anyways, is to go up the New Hampshire Route 12 to West Lebanon and go shopping.   They have all kinds of stores and restaurants.  I like the Koto Japanese Steak House where they have a Binto Box lunch that is just plain fun.  Then they have a new Home Goods store as well as Michaels Crafts, T J Max and Kohls.   Then there is the Powerhouse Mall where they have an L L Bean outlet.

I like Anna Griffin products and she has a new desk calendar that comes with a journal and a planner.  It’s going to be featured on November 6th when she is on HSN, but it’s already on HSN.  It’s a must have for me.

I don’t have a lot of money and I really can’t do all that I would like to do.   But in spite of it, I enjoy little things in life every day. 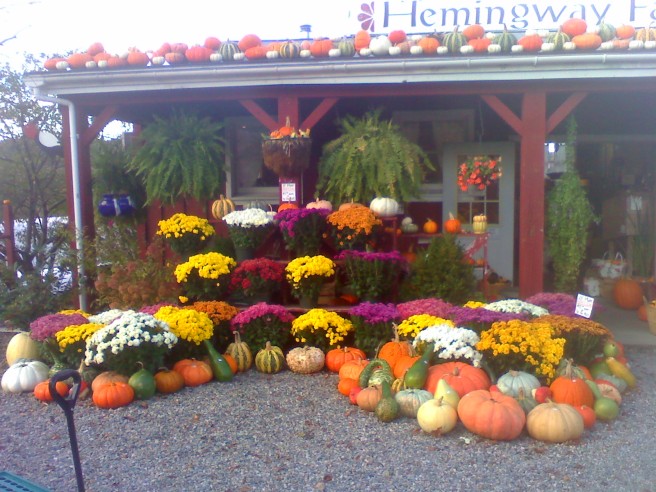 I love going to the farmstands this time of year.  The above Hemingways is on my way to grocery shopping and I love to stop and browse the paths and green houses.  So colorful and full of Fall pumpkins and Mums. 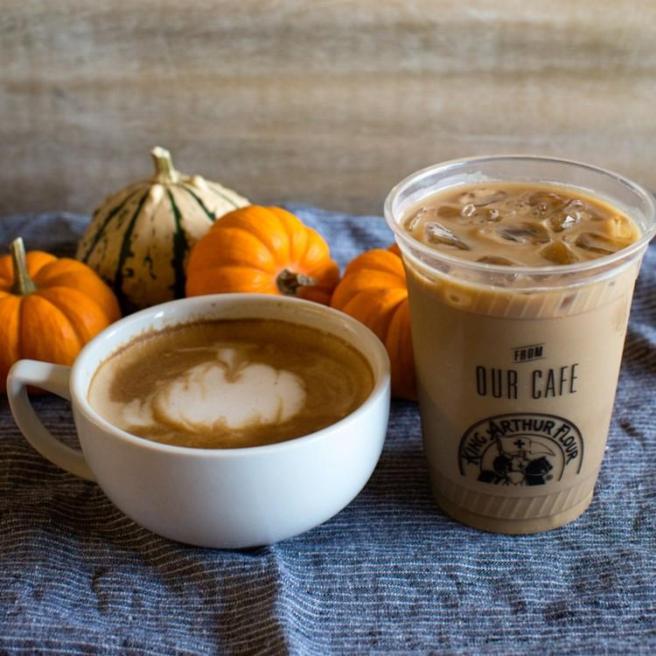 I wish that I lived closer to Norwich and could get a Pumpkin latte.  The ice latte or the regular latte sounds like so fun.

I love the above style house with a porch that is typical New England style.  So beautiful any time of the year. 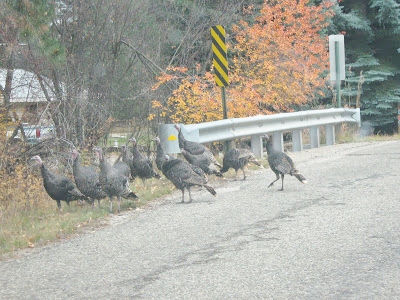 Every time I go anywhere lately, I see a herd of  wild turkeys either in the field or crossing the road.    They always take their time and just casually trot along.

Sur la Table has really awesome Fall cooking classes.  I do not live near any of their areas where they have their classes, but I love to find recipes from some of their ideas for cooking classes.  I found a recipe for Pumpkin Mousse and they had bourban whipped cream for a topping.  I found a recipe for bourban whipped cream as well as pumpkin mousse.   I pinned them in my Fall Recipes board on my Pinterest.  I love how they put the mousse in a wine goblet.

They also had a class to make wild mushroom gravy and I found that recipe and put the recipe in my Fall recipe board on my Pinterest. 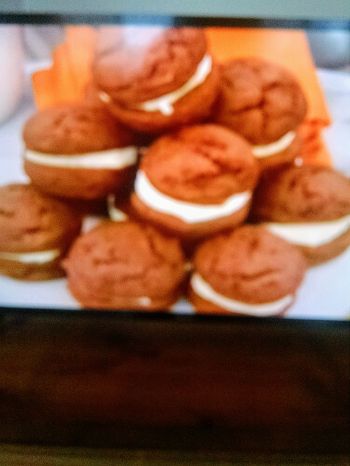 I love Vermont farms in the Fall.  Especially when they have a pond and a dirt driveway.

I like all the ideas people come up with to carve pumpkings.   They have all these neat knives that can make intricate designs in pumpkins.  The above sunflower design looks neat from being lit from inside the pumpkin with a candle. 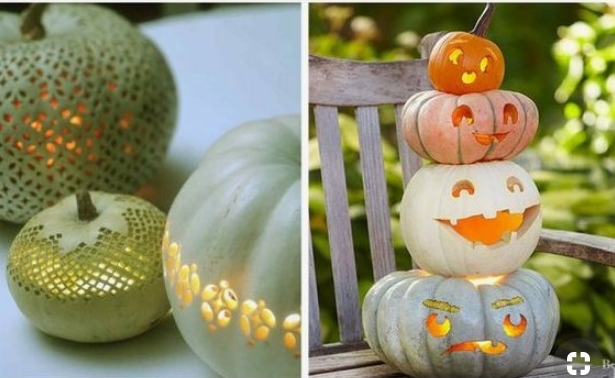 I love the ideas that people come up with to decorate with pumpkins. 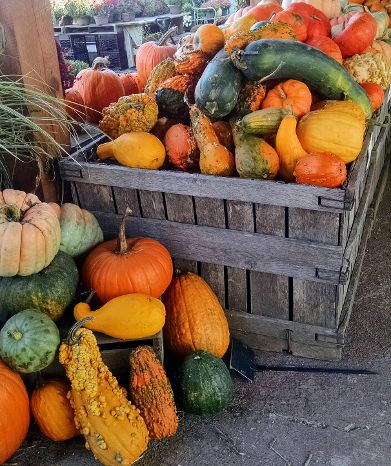 The Farmstands are loaded with all kinds of pumpkins to choose from this time of year. 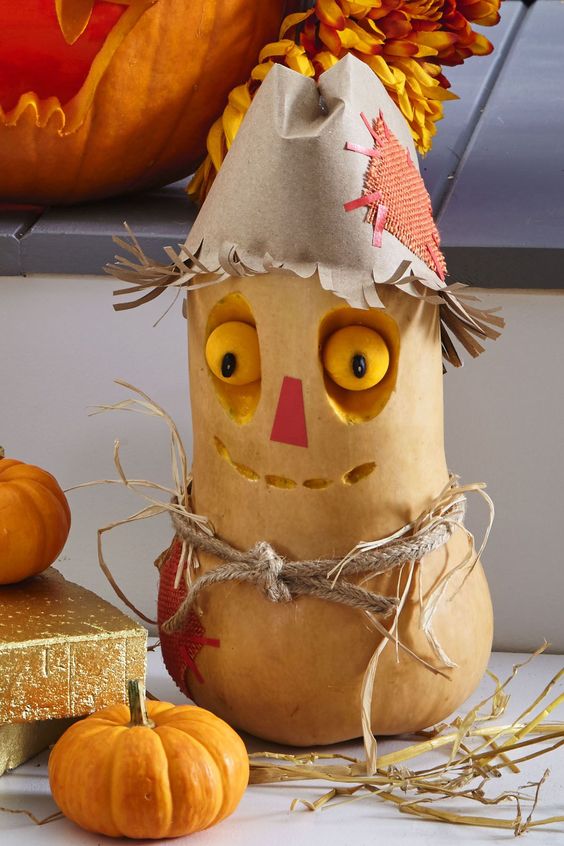 Ideas are only as creative as your imagination, and searching for ideas. 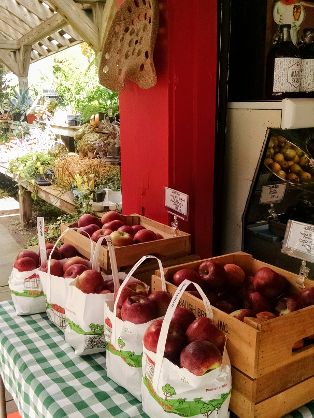 I love Mac apples this time of year and got a bag of them recently at a local farmstand.  They are just so good fresh picked from the trees.

I love the Mums and the colorful kale for Fall decorating this time of year.  The farmstands have all kinds of Mums and kale.

I think that October is one of my favorite times of the year in this part of the country.