Last week on the Food Network, I watched a neat show with Nancy Fuller called Farmhouse Rules.  The episode was “Auctionista” and Nancy went to an auction with some of her friends.  She bought the above hand-blown set of flutes from the 1800’s that she got for $650.00.  She made dinner for her friends after the auction and used the flutes that she bought to make Mimosas.  At the price she paid for those flutes, I wouldn’t dare use them myself.  She likes antiques and buys a lot of them. 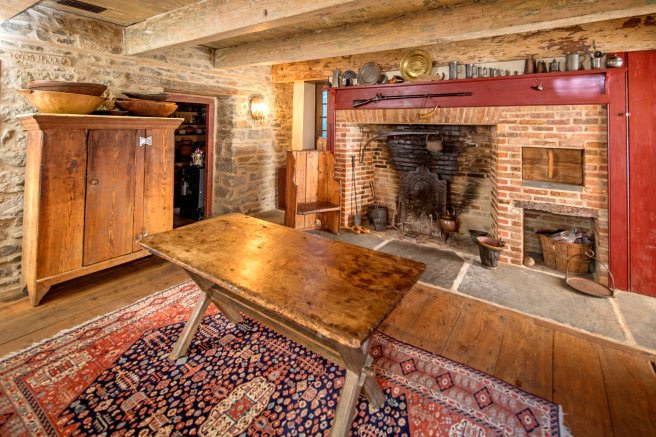 On the show, she had previously picked out the items that she wanted to bid on and she wanted the flutes and the above table from the late 1700’s.  She won the bid for $3,300.00.  She then used that table for her luncheon that she made for her friends.  Must be nice.

She made her friends poached salmon and herb rice.  I pinned the recipe to my Pinterest Farmhouse Rules board. 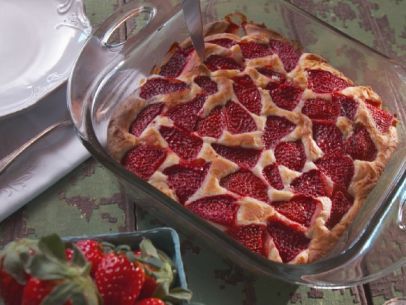 Then she made a Strawberry Buckle that she served with vanilla ice cream and I also pinned that recipe to my Farmhouse Rules Pinterest board. 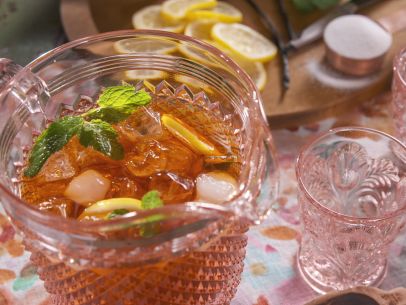 So yesterday on a new episode of Farmhouse Rules she had Spring Kick-Off.  It was so fun to watch as she started out by making Spiked Vanilla/Mint iced tea.  She just seeped some black tea bags in a pot of  hot water as a base.  Chilled it. Then added Bourban, vanilla and ice and put mint leaves on top.  I love the pitcher and glasses she used.  Probably expensive antiques. 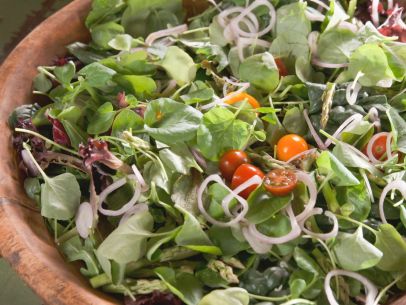 Then she went to a Farmers Market and got all kinds of Spring veggies.  So fun to see that Farmers Market.  The above salad had pencil thin asparagus chopped up, colorful heirloom cherry tomatoes, shallots sliced thin, and Baby Greens.  Then she made the most scrumptious sounding Ranch Dressing that had mayonnaise, sour cream, buttermilk, apple cider vinegar, Dijon mustard, chives, parsley and minced garlic.  I pinned that recipe on my Farmhouse Rules board, also.  She knew all the vendors at the Farmers Market and invited several of them to enjoy the Dinner she was making from the Spring fresh produce. 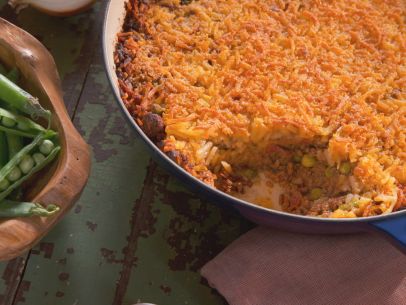 She made a Shepherds Pie that had fresh garden peas in the filling and sounded so good.  The topping was just a shredded Idaho potato mixed with Parmesan cheese and it browned in the oven. 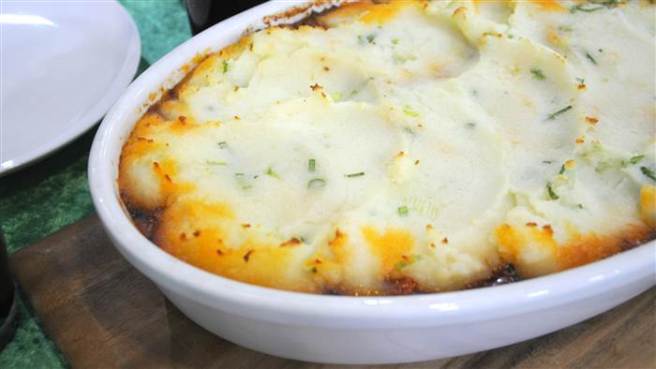 I love the filling recipe she had, but I think I would rather make a regular mashed potatoes topping for Shepherds pie. 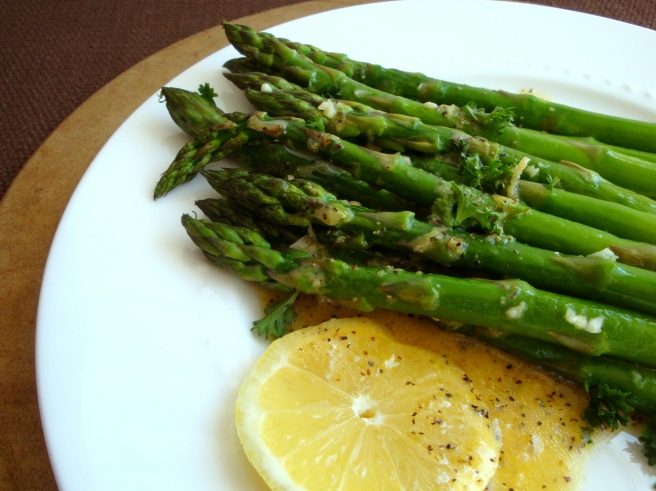 Then she made asparagus with Hollandaise sauce for her guests, also. 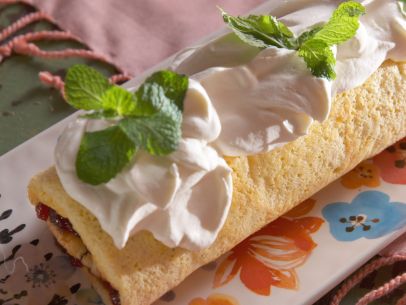 And if that wasn’t enough, she made a jelly roll from scratch and she showed how she wrapped it in a towel while it was warm and then unrolled it and filled it with strawberry preserves that she had made from local strawberries and she made whipped cream to add to the filling and also on top when she rolled it up.

I don’t know about you, but I was impressed. 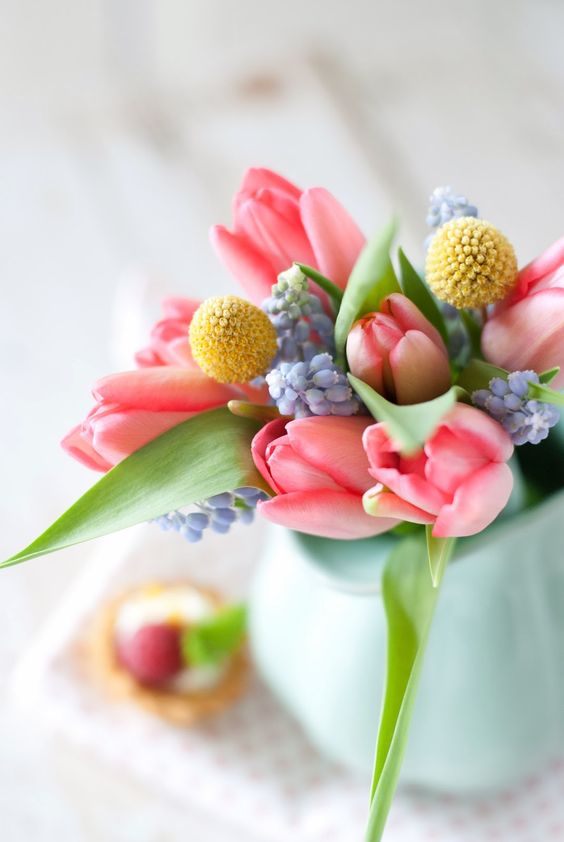 I think it would be nice to have friends over like that and cook for them.  Have a nice Spring bouquet on the table. 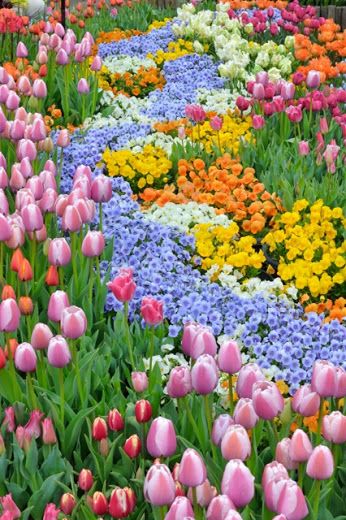 Spring is one of my favorite times of the year.

And that is my thoughts for today.