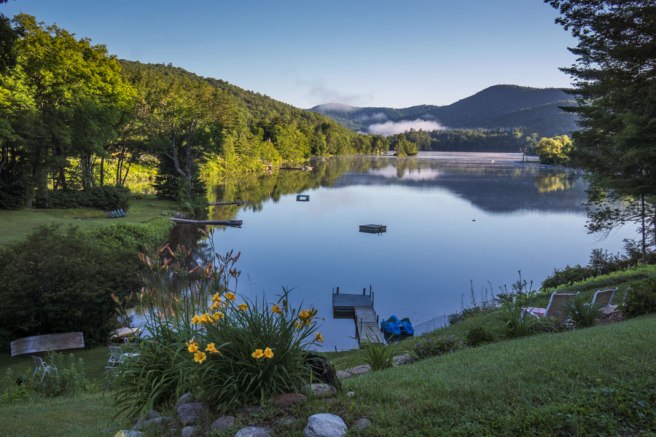 I love Echo Lake in the summer. So peaceful and pretty.  There are several lakes all in a row along the above area.  A little ways down the road is a state beach on Plymouth lake.

I also like the waterfalls that you see along country roads.  So pretty the way the water tumbles over the ledge. 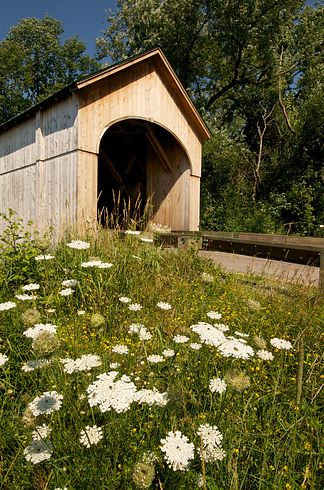 You see covered bridges here and there in Vermont and Queen Anne’s lace wild flowers a lot.

When I was a kid, there were 5 children in the family and my Mom would pack a picnic and the whole family of seven would spend the whole day on a weekend at the above Hapgood Pond which is in Peru, VT.  It was a lot of fun and I have a lot of fond memories of that place.

Now they have a campground there and there is an admission to swim in the pond.  It used to be free admission when I was a kid.  I think that it was one of my parent’s favorite places to go.  After my Dad retired, they used to take a camper to that camp ground.

There are picnic tables all around the pond.  Beautiful area.

Now there is a walking trail that goes around the pond and they have little signs showing all the different wild flowers and their names.  Kind of a fun walk. 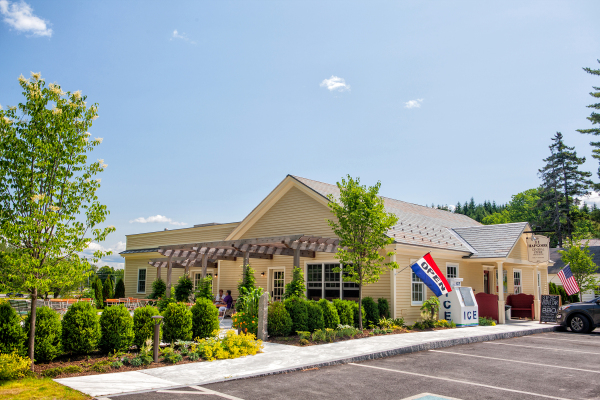 Now there is a general store near the pond called J J Hapgood.  They kept the inside as the same style as the old General store used to be.

They have a wood fired oven that they make pizza with and it’s supposed to be really good.  The pizza dough is made with organic flour from the Nitty Gritty Grain company.

The above is a photo of the owners of the General Store and they had a famous visitor last February.  Paul MccCartney of the Beetles was skiing at Bromley Mountain which is just up the road from Hapgood and he stopped in and had a Margaritta Pizza with a side of JJ’s famous red sauce and an organic Kale salad.  I read that the famous Beetle’s people called ahead and said he would be there and if they could have the store empty of people for him.  They did and he posed for a photo with them and also gave them an autograph.  Now that doesn’t happen every day around this area.  Kind of neat.

Their pizzas must be really good.

The above must be the organic kale salad that McCartney had.

One of these days I am going to travel over to Hapgood and try one of those salads.  Then I can say I had a salad that was one like the one that Paul McCartney enjoyed. 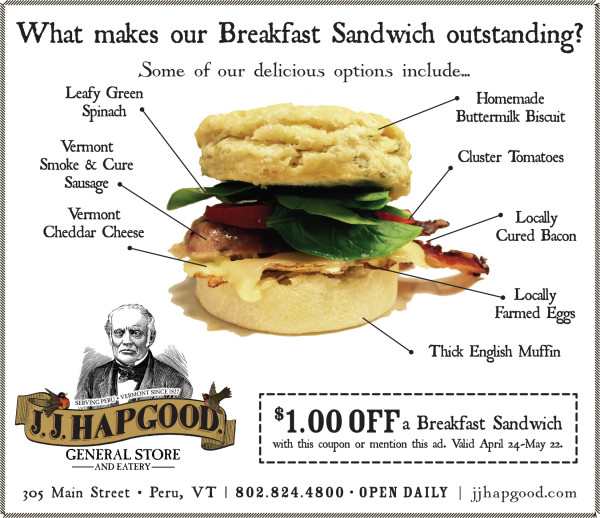 I’d like to try one of their breakfast sandwiches.  One of these days I’m going to go over to Hapgood and spend a day at the pond.  Have a breakfast sandwich and pick up a kale salad for a picnic lunch.  Bring a cooler and maybe have a glass of Rose wine and just enjoy the day.  Take a swim and do the walk around the pond.  Soak up some sun.  Then on the way home try a pizza.