Last night there was a full moon that they call the “Strawberry Moon”.  There very seldom is a full moon on solstice which is the longest days of summer and when strawberries are ripe for picking. 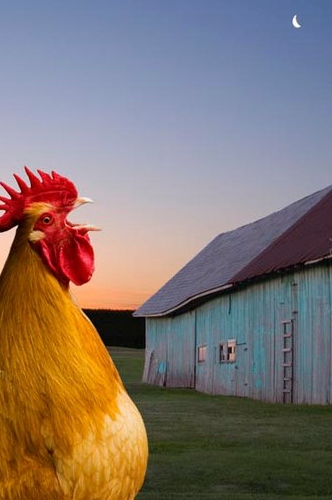 I saw this photo in my facebook feed this morning.  One of my facebook friends owns this rooster that likes to wake everyone up in the early morning.

Another facebook friend has lavender on her property.  I would love to have some lavender.

She said that she harvested it yesterday.

And now her house smells like lavender.  Wow, how nice.  What a beautiful idea.

I would love to have a garden with rainbow carrots.  You can buy the heirloom seeds in the seed catalogs.  I buy the rainbow carrots when I can find them in the Food Co-op or Farmers Markets.  Sooo good in soups.

I read that Malbec Reserva won an award for the best tasting wine in the world.  The really neat thing about this is that it’s sold at Walmart and it’s only $6.00.

I saw some awesome recipes on a blog that had all kinds of ideas.  I loved the antipasto kabobs idea.  Looks really yummy to me.

Then a Summer Vegetable Gratin looks really good.  I pinned the recipe on my Veggie recipes Pinterest board.

When I was a kid, one of the first things I learned how to make in a cooking class that we had to take in school was apple muffins.  I remember that they were one of my favorites and I was surprised at how good they tasted.  I found a recipe similar to those apple muffins that had half white whole wheat flour and half unbleached all purpose flour.  Then the streusel  on top was just brown sugar sprinkled like a topping before they went in the oven.  I found the recipe on King Arthur Flour website.

Barefoot Contessa is always saying on her show how she had a catering business on Long Island and one day someone was looking for some scones and she named off all the scones that they had and then some.  So they wanted the cheddar dill scones and she came up with a recipe for them because she had to.  They look good to me and I pinned the recipe on my Barefoot Contessa recipe board. 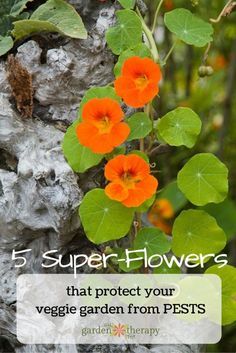 My Dad always had a beautiful garden and he used to plant Nasturtiums on outside rows of the garden.  I didn’t know that they protected the garden from pests.  They make a garden look pretty, too.

I think that whiskey barrels look awesome for use as a planter.  It’s like having a whole flower garden in a planter. 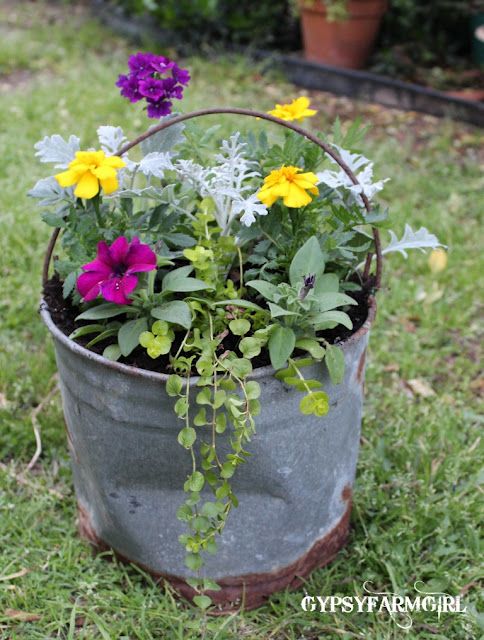 I like the looks of an old pail for a planter.  So cute. 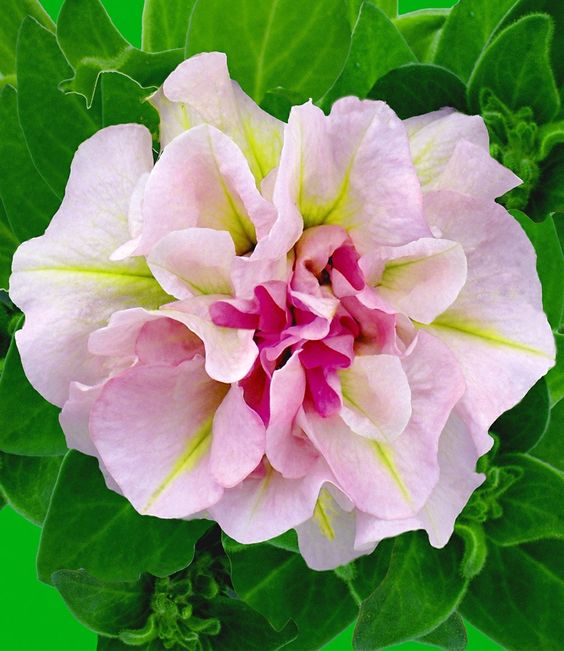 I love double petunias and the above color is gorgeous.  I used to have petunias in my window boxes and they would bloom all summer and way into the Fall.

They have some beautiful colors.  I used to mix pink petunias with white petunias on two side ends of the window box.  We had a dark stain on our house the flowers just popped.  I really enjoyed those window boxes.

I saw the above idea for a planter for the porch.  I love it.

I like the above colors for a planter, also.

And then pansies in a strawberry planter look really nice.

I’d like the above in the tile floor entrance way of a house.  I like the color of it.  I have a friend that designs and builds kitchens and he made one sort of like the above one for one of his customers just as a little extra something, something for her.  He also did an extra bay window for another customer.  And no he didn’t charge extra.  And that is a few reasons why he usually broke just about even on his kitchens with little or next to no profit.

I love the above bag to take to farmers markets like the French do.  And then the Nantucket lighthouse basket for holding eggs.  I have one like both of those baskets that I bought years ago at Basketville in Putney, VT.

It’s all different now, but sometimes when my son was little we used to go out to breakfast on Saturday mornings and go down old Route 5 towards Brattleboro.  We would have breakfast at a restaurant that was shaped like an actual Igloo and that’s what they called it.  The Igloo.  My son loved it and they had the best omelettes ever there.  Then we would go on down the road and stop at Basketville.  Fun times.

I love this time of year.