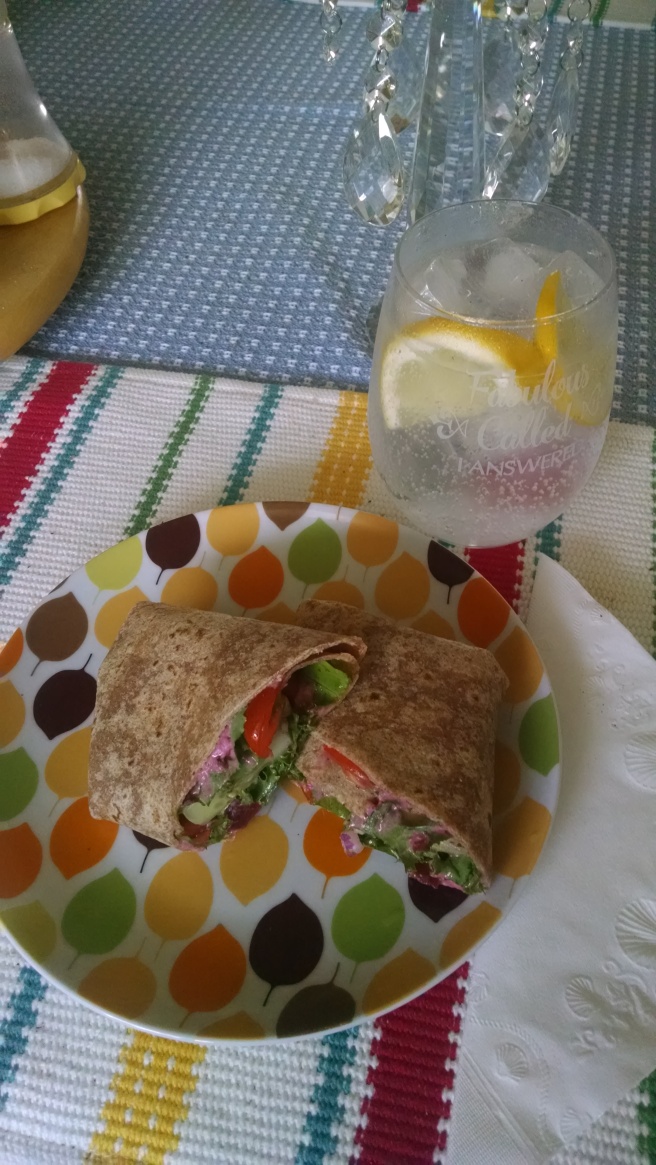 I made a wrap for lunch yesterday that was kind of everything I like.  The wrap itself was made with honey wheat, oat bran and flax.  Then I put a little mustard on the bottom, then beet humus, fresh garden lettuce, tomato, fresh garden cucumber and red onion.  And I drizzled just a little home made vinaigrette over it.  I had my favorite sparkling water with lemon with it. I call it my “spa wrap” because I used to see ones like them made when I worked at a spa.

At my favorite farm stand, sunflowers are only $1.00 a stem and I want to get a few stems to put in a blue mason jar.  Love sunflowers. ❤

I like the above idea to put on a chalkboard for the Fall season.  Wow, tomorrow is the first day of September, already. 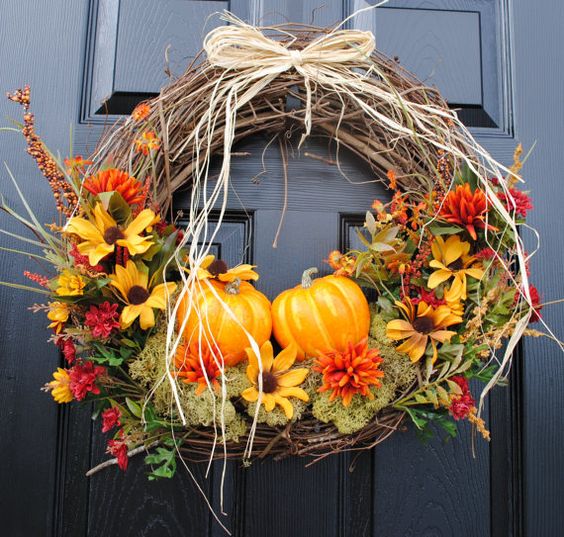 I like the above idea to put on a front door.  Easy to copy from crafts found at Michaels Craft store.

Pumpkin Whoopie Pies are always fun to make this time of year.  King Arthur Flour has a really good recipe for these on their website.  I also pinned that recipe and several other pumpkin whoope pie recipes on my Fall recipes board on my pinterest.

I love pumpkins and Mums for Fall decor.

On Tuesdays, Melissa D’Arabian has a live cooking demonstration from her home in California on Facebook.  This week she took a 5 lb container of ground beef and made 6 prepped meals that could be put in the freezer and used for the week.

She divided the ground beef into 6 separate, almost 1 lb chunks.  She put 3 of the chunks in a big pot and just browned it while she was working on the other 3 chunks that she divided into 3 bowls that had a beaten egg and chopped garlic in each bowl.

She made Italian meatballs and barbecue meatballs that she put in freezer bags and labeled for the freezer.  For the Italian meatballs she added parmesan cheese and Italian seasoning.   And just barbeque sauce to barbeque meatballs.  She said that you could also use ground turkey instead of the hamburg.  She used 85/15 ground beef.

When she froze the meatballs she put the meatballs in the freezer and she put them in so that they were like in the photo so they wouldn’t lose their shape.  I like the Italian meatballs idea the best and would be great to have for pasta with a good pasta sauce. 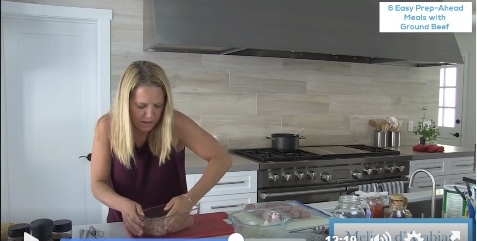 Then she made a meatloaf with one of the bowls of ground beef.

With the ground beef that she browned on the stove, she divided it into 3 separate freezer bags and labeled one for Taco Night, one for Sloppy Joes and and one for Slow Cooker Chili.

She put all the recipes on her website which is melissadarabian.net.

Melissa is so awesome.  I have a personally signed cookbook from her that I won on a contest that she had on her website.

Something really cool is that Melissa went to UVM in Vermont for college.

I like all her ideas and her cook books and her Tuesday night live cooking demonstrations are really neat.

I like the above slow cooker recipe that I came across that is just chicken, potatoes, carrots and green beans that makes an easy and tasty meal.  I put that recipe on my crock pot recipes on my Pinterest. 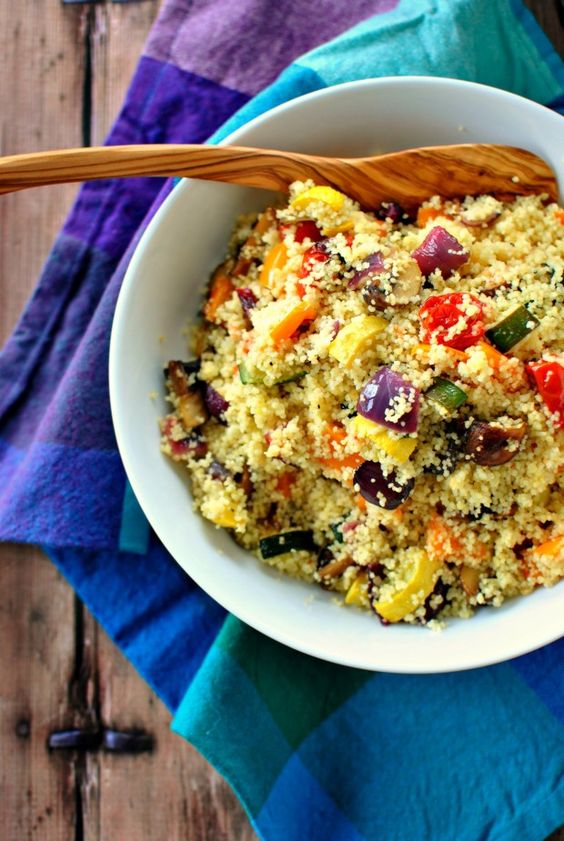 I also like the roasted veggies and cous cous recipe that is one of my new favorites.  It’s awesome for using Farm stand veggies up.  I put that recipe in my veggie board on my Pinterest. 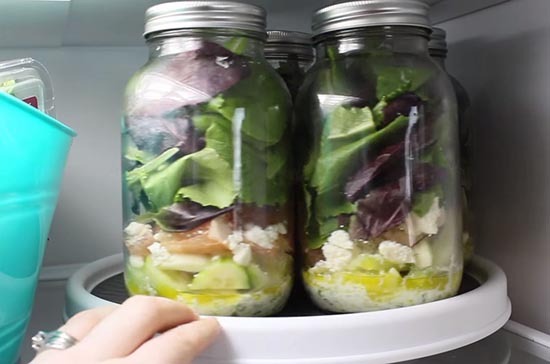 I also saw an idea for making your favorite salad with the dressing in the bottom and putting the salad in mason jars for the fridge to use when you want a quick salad.  You just have to shake the bottle and voila. I also like the turntable for the fridge.

And that is my Wednesday musings for today.