I like to divide my blog into seasonal stuff.  Each post usually has  decorating ideas,  recipes, a fashion find, a landscape and simply inspirations.

In September, it’s cool enough to turn on the oven, but still warm enough for ice cream.  I saw a recipe for Roasted Beet and Citrus Salad with mustard vinaigrette that sounded really good to me and beets are in season right now.  I pinned the recipe on my salads board on my pinterest.

I also like those heirloom type cherry tomatoes that are in season now.  The above recipe where they roasted the tomatoes and put Parmesan cheese on them looks good to me.

They have all kinds of wreath ideas for doors for Fall.  I think the above wreath idea is kind of nice.

The above wreath with your personalized initial would be easy to make and it looks kind of nice to have for Fall. 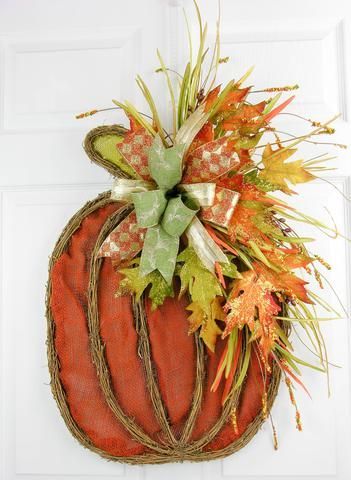 I like the pumpkin wreath idea.  They must have found a grape vine shaped pumpkin in a craft store.  Love the ribbon.

The above window view looks like the kind of windows that you see in Woodstock, VT in the Fall.  So pretty.

I ordered the above Olay facial cleansing brush from Amazon and it came in the mail yesterday.  Melissa D’arabian had a brush that was similar to the above that cost about 5 times as much.  She said the above one was just as good and it was rated 5 stars, so I took a chance on it.  It’s supposed to exfoliate your skin on your face which is supposed to be good for your complexion. 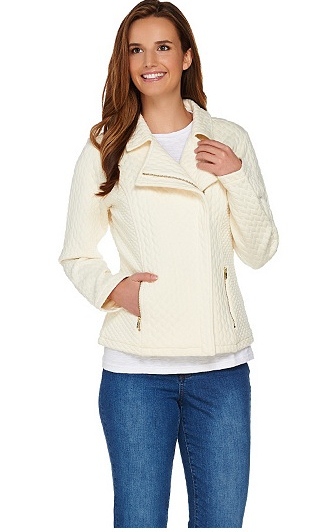 I have a quilted jacket that I wear a lot and I really like it.  I saw the above Isaac Mizrahi quilted motorcycle jacket on one of the shopping channels the other day and it looked kind of neat to have for when it starts getting a little chilly.  It came in several colors.  I will not buy it because you really have to try on clothes before you buy them.  But I like the style.

The grey version of the jacket was kind of neat.

The way that the sides nipped in at the waist and the flattering seam work was kind of neat.  The jacket looked the best on the regular height person.  The taller models made the jacket look too short.

Well, one week into September already.  You can feel a change in the weather because it’s chilly at night and also chilly in the morning now.