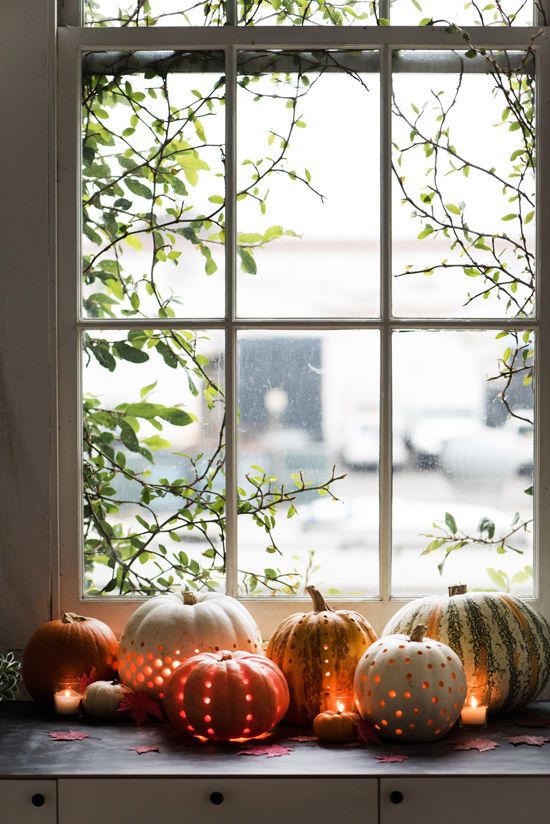 I love the idea of pumpkin lanterns.  So neat how they just take a power drill and make designs on the pumpkins.  So festive for a window.

A pumpkin pie smoothie sounds really nice for a Fall treat.  And as a plus, it’s healthy.  I pinned the recipe on my Pinterest smoothies board. 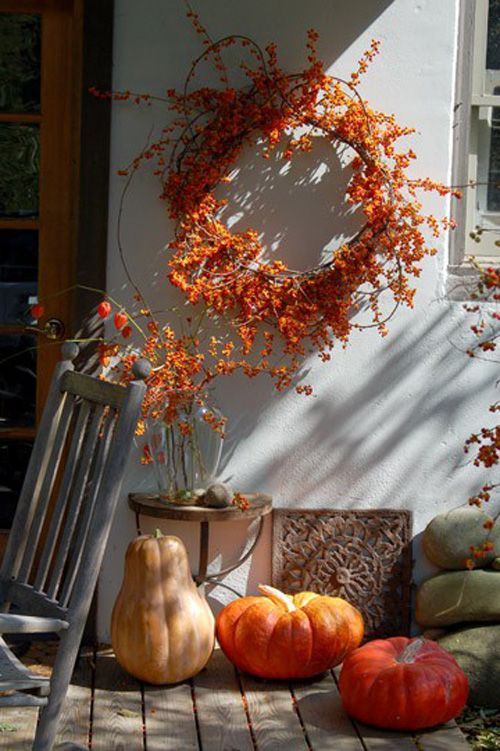 I like Fall wreaths and the above Bittersweets wreath is kind of pretty. 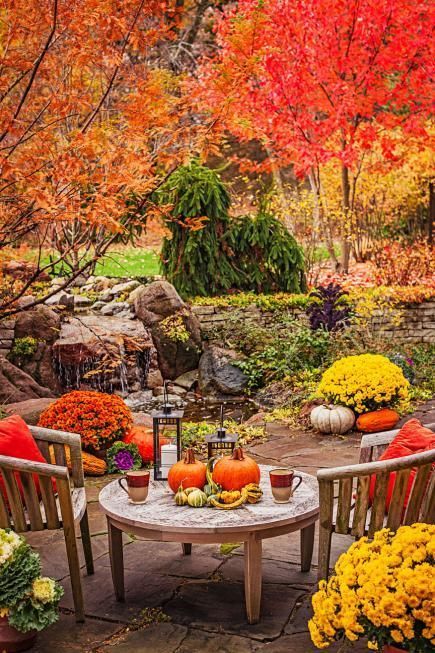 I would love to have a terrace like the one above.  I have a friend that grew up in Woodstock, VT and the street that he lived on was called “Slayton Terrace”.  I love Woodstock anyways, but the names that they have for streets are so awesome.  They also have a “Rose Hill”. 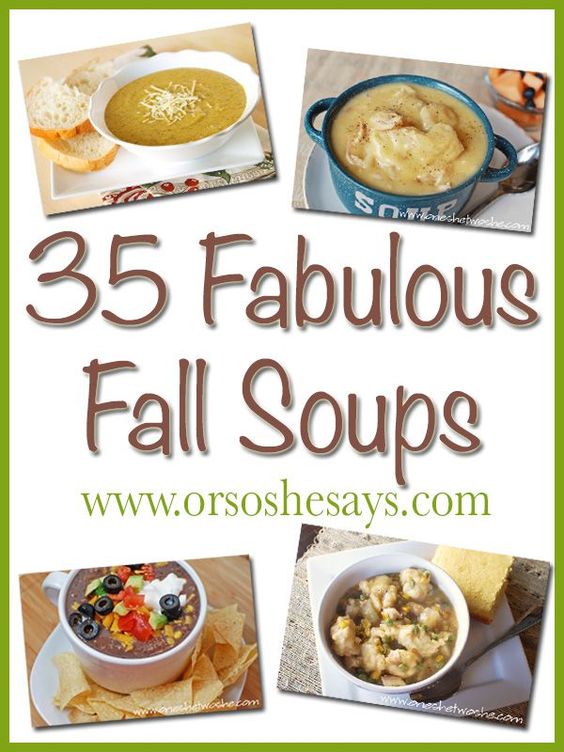 I love Fall soups and pinned the above recipes on my soup board on my Pinterest.  Something about a nice bowl of soup on a chilly day.  It’s just cozy. 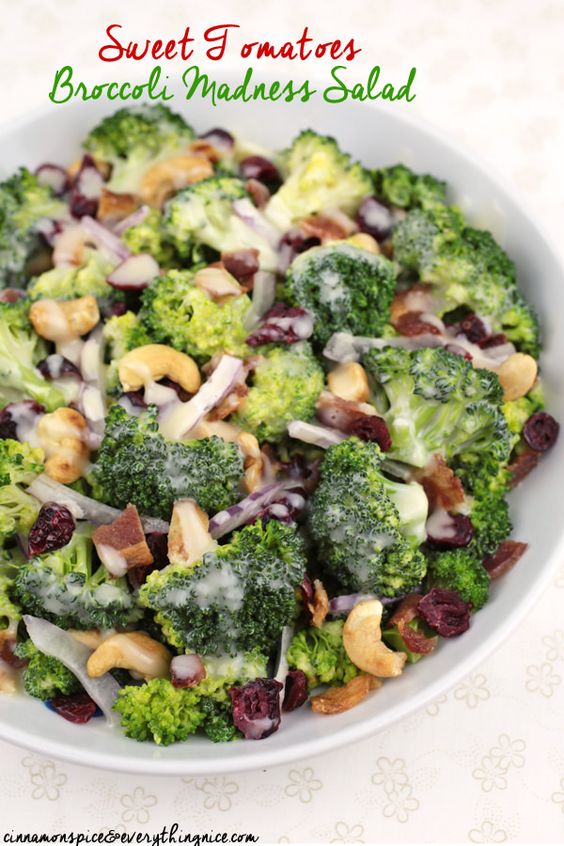 Add a nice Fall salad and it makes a nice lunch.  I pinned the Broccoli salad recipe on my salads board on my pinterest.  I love the cashews idea in the salad. 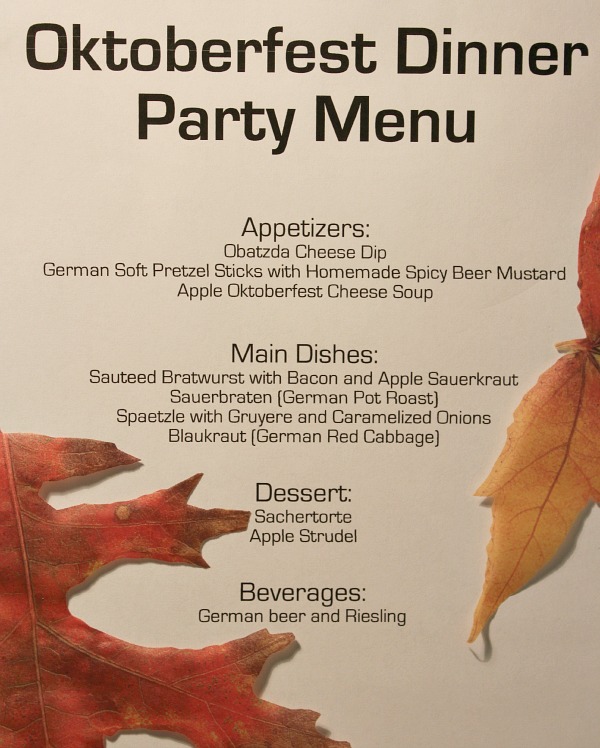 I would love to have an Oktoberfest dinner party.  The above is a menu that a really neat blogger had for a Gourmet Club that she had.  Everyone brought a dish.  I bookmarked her blog page because it had awesome ideas.  She had all the recipes for the dinner party on her blog.  Plus she said which dishes were a hit and which dishes were not as good.  The recipes were from Epicurious, Food and Wine and pinterest inspired recipes. 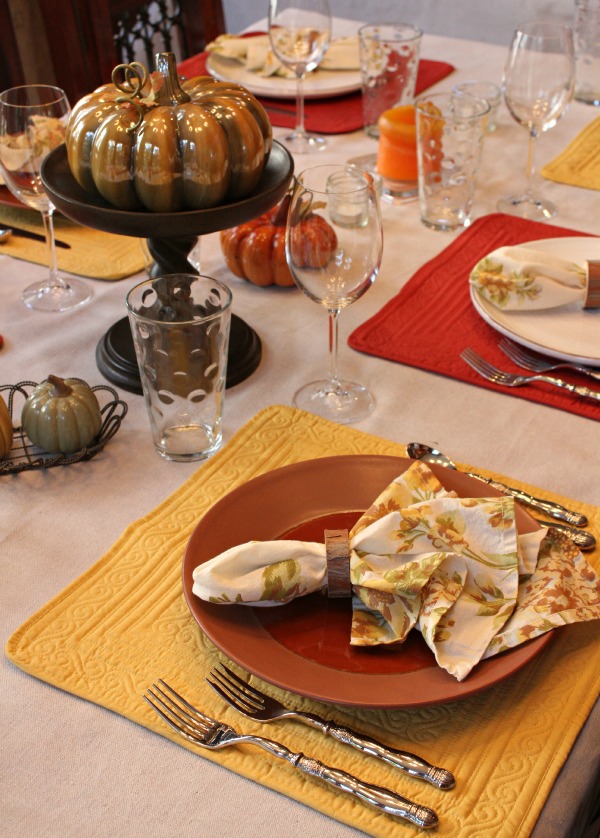 I love the table setting that she had and she told where she got everything. 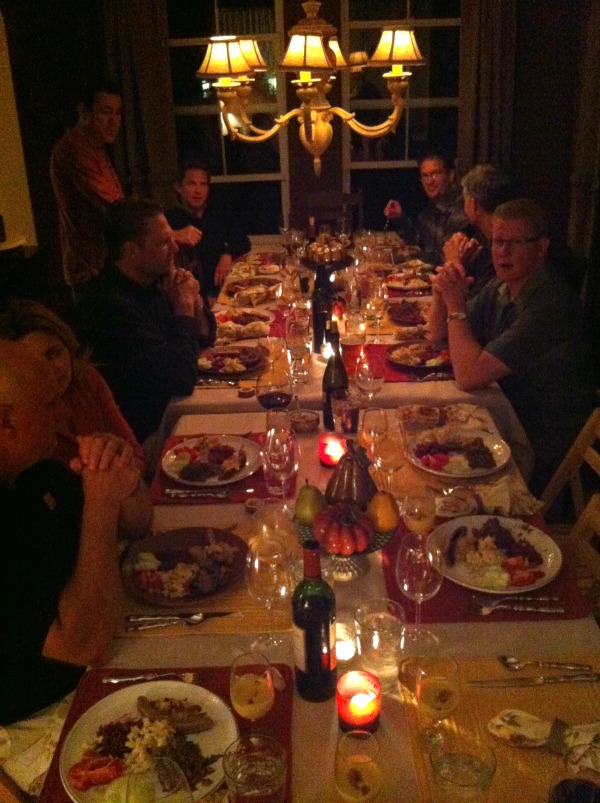 She said that her club was made up of girls that all got along and also had fun husbands that they got along with so it made for a really fun gathering. 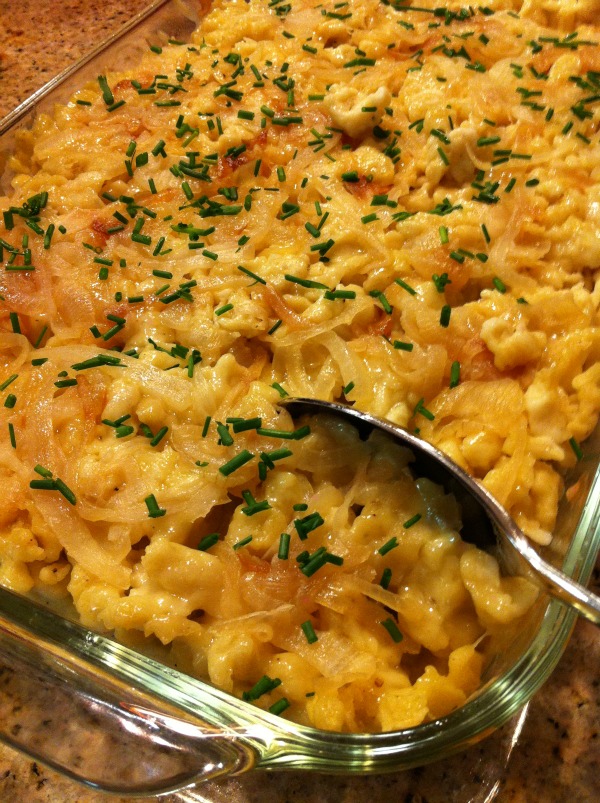 The Spaetzle with Gruyere and carmelized onions sounded really good and I pinned that recipe to my Oktoberfest board on my Pinterest. 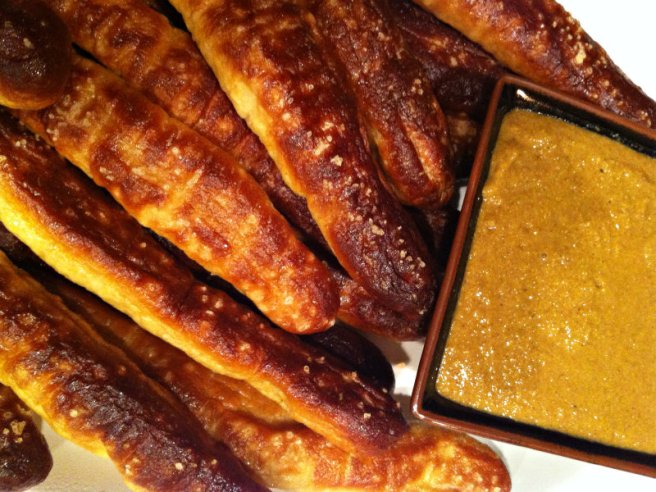 Then the German Soft Pretzels and home made Spicy Beer Mustard.  Yum! 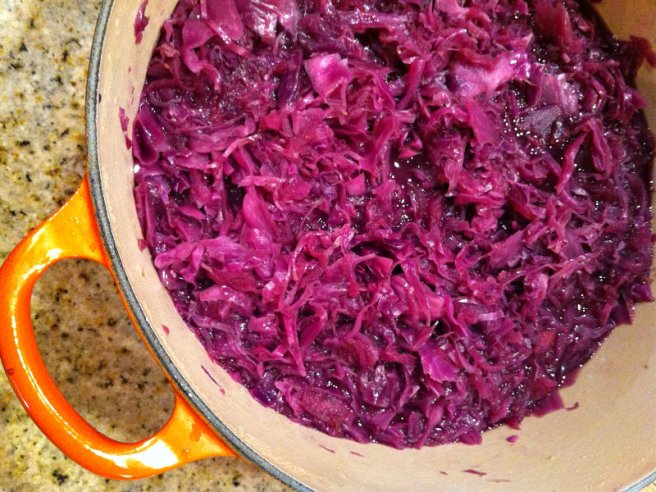 The Blaukraut recipe sounded really good and she said that everyone really liked it. 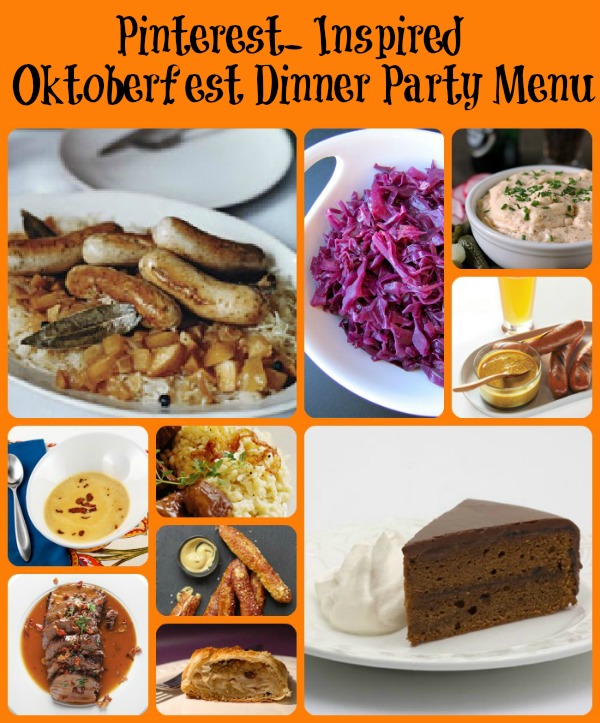 Everything on the menu sounded scrumptious.  The apple strudel was a hit, but the Saccher Tort wasn’t as good.  They had vanilla ice cream with the Apple Strudel.  Yum! 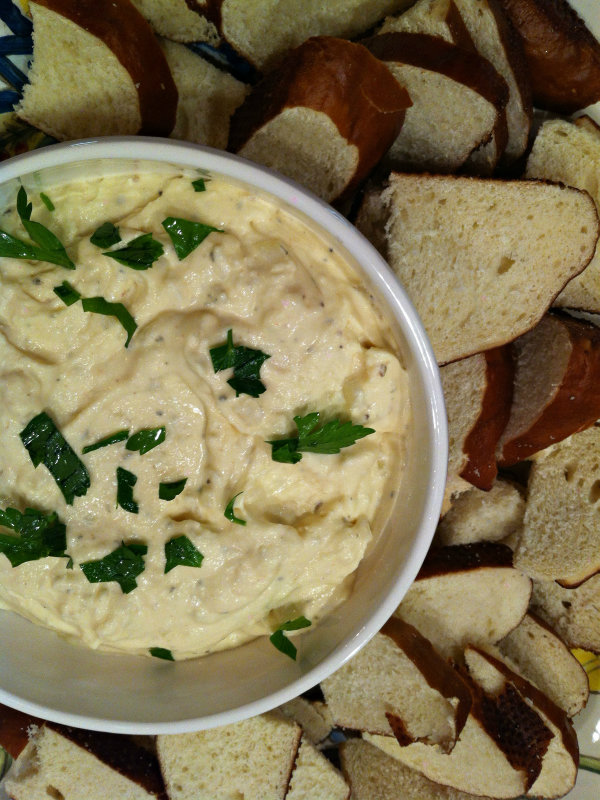 The Obatzda Cheese Dip sounded like a really good recipe and she said that everyone really liked it.  I pinned that recipe on my Oktoberfest board on my Pinterest. 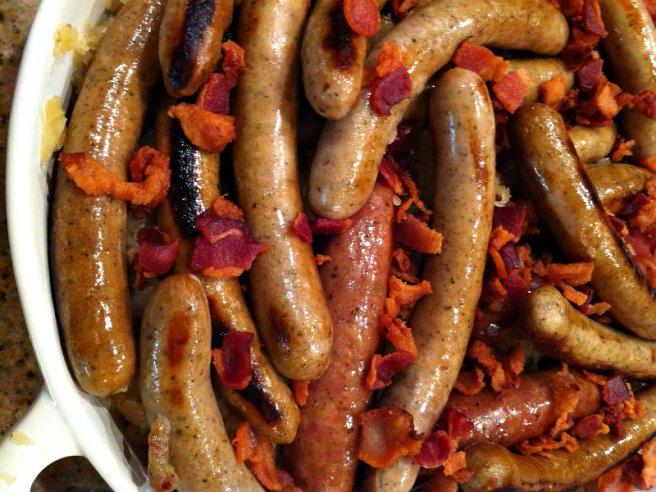 The Sauteed German Sausages with apple bacon sauerkraut sounded really good, also.  I pinned that recipe on my Okboberfest board.

It’s not easy to find stuff like this, but every once in awhile I come across really cool stuff that I want to save. 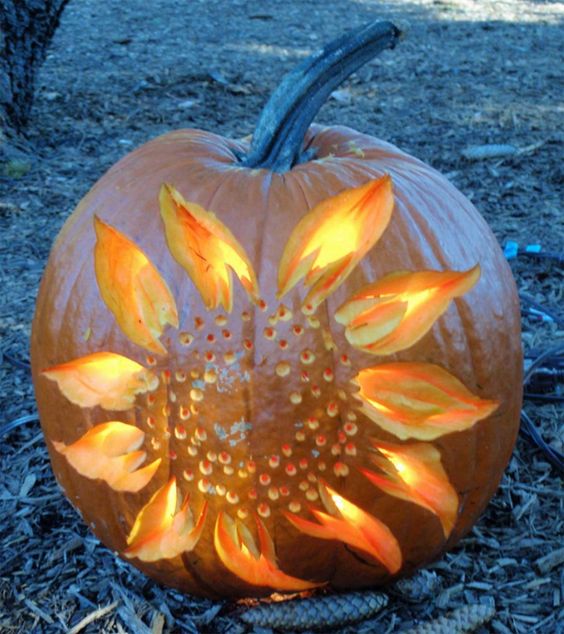 I like the above idea for a pumpkin because I love sunflowers.  There were no instructions on how they carved it, but it looks like they drilled holes in the middle, drew the leaves and carved through where you see yellow light coming through. 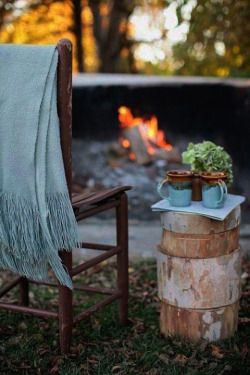 I love a fire-pit in the Fall.  The crisp air and the warmth of the fire. 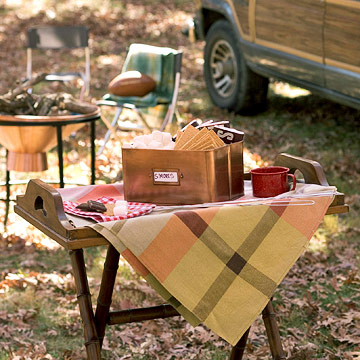 It’s fun to make S’mores over the Fire-pit. 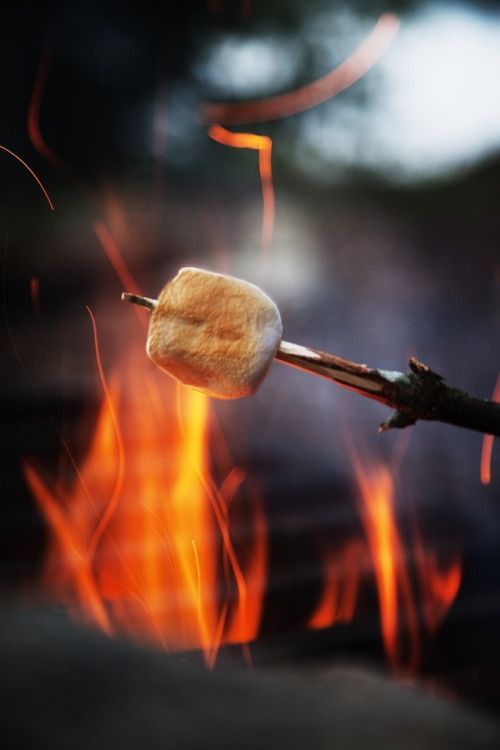 And that’s my musings for today.