We went down to Bernardston, MA on Friday which is just below the Vermont border.  We were a little early for supper, so we explored the area around Bernardston and drove up a mountain road.  There was a farm that had panoramic views that were just beautiful.  That must be the Berkshires in the distance.

At that farm, they had cute little baby registered Holstein calves that each had their own little private hutch with a little fence.  They were very friendly and had little blue coats on and cute little pink noses.

All along that mountain road, there were sap tubes connected to maple trees and big buckets to collect the sap for maple syrup. 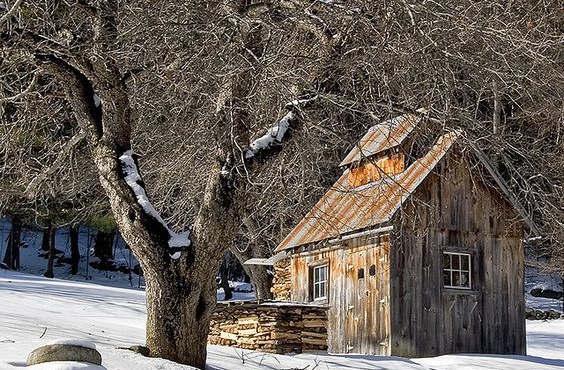 A lot of the farms had neat looking sugar houses to boil down the sap into maple syrup.  Lots of wood piled up outside the sugar houses to use for firewood for the boilers.

Because Friday was St Patrick’s day, we stopped at the Four Leaf Clover restaurant and had our traditional Corn Beef and Cabbage.

Because we spent so much time exploring the area, the Four Leaf Clover was packed with people and we had to wait in line for a table.  I liked the chalkboard in the hall that had the specials written on it.  I could not get a very good photo of it because there were too many people in line.

But I stepped in front of some people for a few seconds and got the cutest part of the special board which was the 4-leaf clover and the cute Irish hat.

We got a neat booth and I like the placemats that they have.

I got the corn beef and cabbage which was fun to get on St Patrick’s day.  They also have home made rolls with are served warm with real butter and they just are wonderful.

While we were waiting in line, there was a couple in line in front of us that were the same age as us and we had fun talking with them.  Then another couple near our table where we were seated said that they go to the 4-Leaf Clover restaurant all the time as they live near there and that the restaurant also had a really nice breakfast.  Really nice people in that area and we just had a fun day.