Salisbury Steak and mashed potatoes are always good.  I found a recipe for a Salisbury Steak casserole and where I got the recipe said that if she didn’t make the recipe once a week, her husband would ask if she were mad at him.  I pinned the recipe on my Casserole Board on my Pinterest.

I like the idea to have a container in the fridge for snacks.  String cheese, hummus, grapes, yogurt, carrot sticks, celery sticks, rolled up cold meat, etc.

I like the new water bottles that they have now.  The above water bottle is called Swell and it’ available on the Nordstrom website.  It’s all stainless steel and is supposed to keep water really cold for a long time.  Plus it comes in a couple of sizes and is easy to carry.

I would like a coffee center like the above that included a wine fridge and a warming oven.

I think that the above hanging vases from Vermont Nature Creations are just beautiful.  The plants come with them and I think that they just look gorgeous in a window. 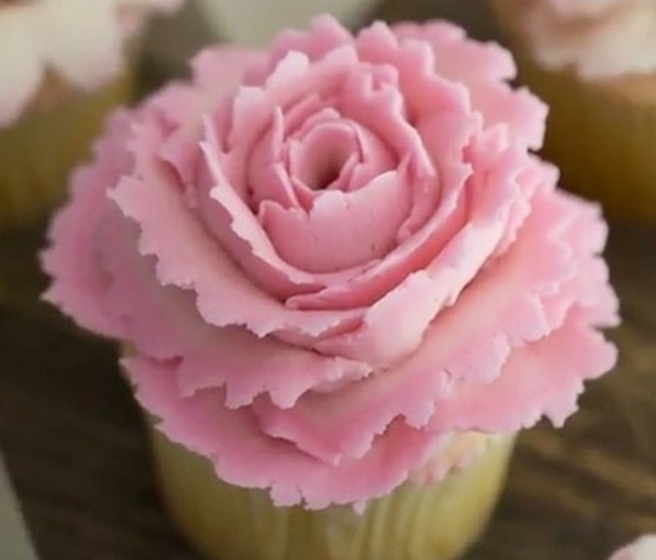 I think that the above cupcake is really cute.  And it’s actually edible.  But I really don’t think that anyone but an artist could create it.  But have you seen those ridiculous programs on the Food network where they take fondant and create cakes that are absolutely stupid.  I mean who would want a cake that is a mouth full of yukky fondant.  And besides that, they look like a giant piece of anything but cake.  Then they make them lift a 160 lb gigantic cake and move it to another area and it’s supposed to be entertaining to watch them suffer with it and not let it fall in the moving.

Then Cupcake Wars where they have women with tattoos all up and down their arms and men with shoulder length hair competing with ingredients to knock them out of the first round like meat and potatoes in a cupcake.  Real fun to watch. Not.  Then they make the final two contestants make 1000 cupcakes in 3 different styles plus design a winning display for the cupcakes with a few helpers and they have this snotty Frenchman judging them along with a couple of other mean people.

I used to like to watch the Food Network.  But whoever they have managing that network now, has totally ruined the program.  Stupid game shows where it’s supposed to be entertaining to watch some people race against the clock to make something winning and tasty out of something like cows brains.  OMG.  Have they gone mad???  And then the Iron Chef where it’s sweating chefs trying to make a dish in 10 minutes that should take 3 hours to make come out right.  Real entertaining to make an established chef look like he doesn’t know how to cook.  And then this Oriental man does a judo chop and looks like a mad man.

I used to like it when they had Chefs like Julia Childs, Jaque Pepin, Martha Stewart and fun programs where they showed how to create nice recipes.  They do have those shows now on the Create channel along with America Test Kitchen.  I like that network, myself.

Now on the Food Network they have Tricia Yearwood who thinks everything is a joke and it’s really boring to watch.  She uses expensive cookware on her show and then has cheap, made in China teflon coated pans that she sells with her famous name on them to make a million more greedy little bucks for her and her stupid Garth Brooks husband.  Can’t stand her.  Then the Pioneer Woman who’s voice sounds like fingernails ran across a blackboard and she has 10 dogs all over their furniture and she is an aggressive acting little kid that thinks the funniest thing in the world is to scare her husband who she calls “Marlboro Man” with a rubber snake.  So she is a rich rancher that calls herself “Pioneer Woman” because a storm put out her electricity once.  Unreal.  And she is dumb as a doornail and always is trying to make herself out to be sooooo smart.  Her Dad was a doctor in the Navy which she insists on telling that fact on every other show.  Local people say he was a real jerk that left her Mom for a younger woman.  Her website has a part that says fun and games where she has quizzes and when she gives the answers, half the time her answers are wrong and there is no way anyone can get all the questions right to win a prize.  Something like 7,000 people try and only 3 can win.  She calls herself a “mean ol schoolmarm.  Dumb bell.

I don’t even watch the Food network anymore.  All stupid games and no cook shows of any interest.

Once in a great while they have a show that isn’t a rerun and maybe actually a cook show that is only Saturday mornings.

I watch the Create channel and the Vermont and New Hampshire public networks and pay an outrageous price to have all the premium channels that I don’t watch anymore.  Go figure.  I wonder if anyone else is sick of the, in my opinion, stupid cable network shows.