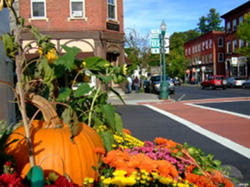 Yesterday was my friend Sigurd’s birthday. He grew up in Woodstock, Vermont so we took a trip to Woodstock by going country roads all the way as that is what he likes.

We went over the Taftsville bridge just outside of Woodstock and went on a country road to Woodstock and then South Pomfret and Suicide 6.

Most of the trees were bare of leaves because of the bad windstorm we had a few days ago.  So I was surprised to see the above tree at peak.   So pretty.  That tree was along a road that we used to go for walks on in Woodstock. 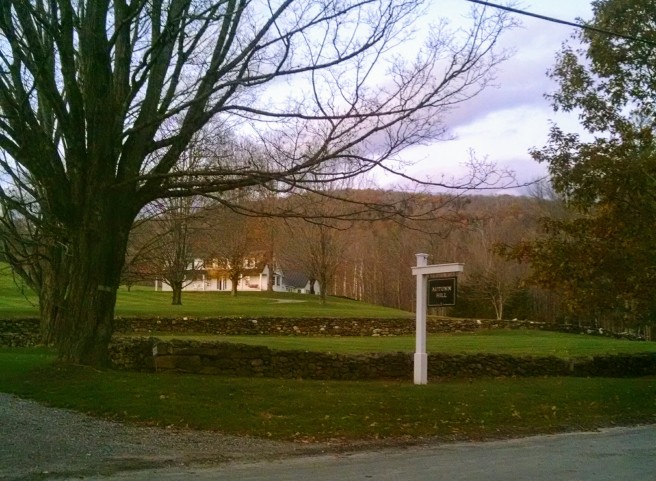 We went by a house that I love the landscape of with the stone walls and long driveway.  I also love the farmers porch on the front of that house.  Such a beautiful setting for a house. 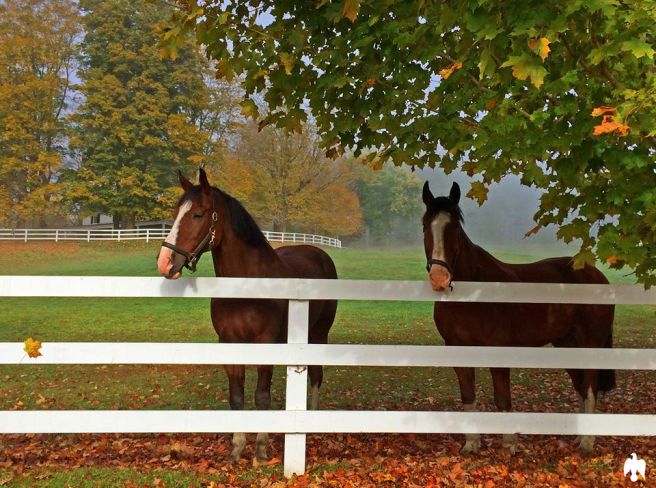 Along that same road are two friendly horses that would always come down to the fence to greet us when we went for walks on that road.  Sigurd had a Morgan horse when he was growing up and he enjoys seeing those horses.

Because Sigurd likes the Chinese Buffet in Whiteriver, VT we went there to celebrate his birthday.  So I think that he had a really nice day.

I made Sigurd a birthday card with the above photo on the front of it.  I love to make cards and I personalize them with photos using Walgreens photo cards.  I had some photos of Sig’s grandkids and also I put some pumpkins on the back of the card because he was born on Halloween day.

The above is the photo that I put on the back of Sigurd’s birthday card.  He should like it because those pumpkins were in Woodstock.

We had to go through Hartland on the way home and through the Skunk Hollow road.  Hartland is just a very small town but there were a ton of kids with their parents out trick or treating.   Cute little kids skipping along so happy to be getting treats.  One house that we went by had about 30 kids lined up all the way down the walk and the sidewalk.  Those house owners must have had to buy plenty of treats.  I only get about 8 kids at my place as they have a big trick or treat party a couple of days before Halloween in town for the kids.

So hope you all had a Happy Halloween!

One thought on “Monday Musings”